The world’s fastest car at the moment is the Hennessey Venom GT. This American supercar carries a V8 engine with a displacement of 7 litres. The car is made in Texas, and it is probably one of the most promising cars to show up at the V8 Supercars Championship Series. As of today, only eight units have been sold. The company is relatively small, but the engineers are highly accomplished motoring professionals. 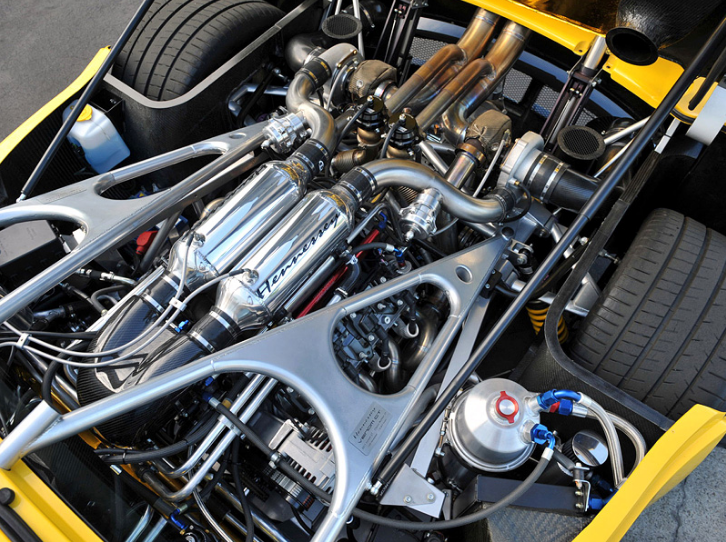 The Hennessey Venom GT is a lightweight car with a big engine. The initial concept was creating a car with the profile of a Lotus Elise and putting a 1000+ hp engine in it. Hennessey had tinkered with these modifications in cars with the aim of creating a supercar of his dreams. At first, he wanted to use a Chrysler V10 engine but later went with the Chevy V8 engine.

The results are phenomenal. The outside is mostly carbon fibre, and the inside is raw power. The Hennessy Venom GT did 270 mph, which is a world record. The car is super exclusive, and prices are north of 1.2 million dollars. You wouldn’t expect to pay less for a car faster than the Buggati.